🍨 The Inside Scoop: Timothy Li 🇨🇦 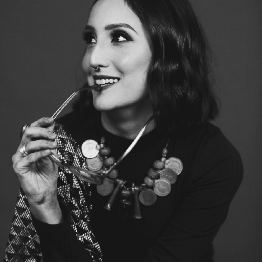 🦊 So tell me a bit about yourself:
‍

🚀 I’m a designer at theScore. But in a more fun way, I’m just someone who loves designing for consumers. I think in a way, I’m more obsessed with designing layouts for things, not only mobile apps. My father worked at an architecture firm when I was a kid, and he would bring home blueprints of stuff he worked on. I would obsess over that.

Growing up, I would always look at the blueprints of layouts or floor plans for new houses. And then I spent summers playing SimCity nonstop. I love city-building simulations. I love maps. So I love looking at Subway maps and spending random time, especially during the pandemic, on Google Maps Street View. I like to just randomly drop myself in a place. That’s my weird random hobby.

I’ve been kind of obsessed with urban environments like mapping, blueprints, things like that. So I knew that design was something that I wanted to get to eventually. I kind of took a different path, though, I took a safer route. I worked in advertising for a couple of years until I realized that the industry wasn’t really suited to what I’m looking for. My favorite part of that experience was chatting with my art directors and writers to come up with ideas. I loved to collaborate and I knew that design really should be something I got back into.

At a certain point in my late 20s, I decided it’s now or never. So I took a leap of faith.

I learned on my own, as well as studied with a bootcamp, and I had a really good mentor. It definitely was very, very challenging getting that first job because I didn’t have that design experience.

A small startup eventually took a chance on me, hiring me as their first designer. I am still really thankful for that. I worked on a travel planning web app for a couple of years and then went freelance for about six to seven months to expand my skill set. I worked at different companies, with different-sized teams, and then got that quick dose of a variety of experiences.

Afterward, I went back to full-time with a larger team in-house, which is where I am at. I’ve been here for about three and a half years. And so far, I’m really enjoying it. I’m working on a product that I’ve actually been using for a few years before that, working for a company that I knew about since I was a kid, and working in an industry that I love being in (sports).

I did a bit of volunteering and mentoring before COVID. Then one day in late January, I applied to ADPList and got accepted. Since then, I have been doing a lot of mentoring with individuals from around the world and have participated in two live portfolio review sessions with Ying Yao.

🦊 That’s amazing, thank you for telling us more about who you are. You said something that I’d love to hear more about. You said that in your late 20s you had that feeling of, “it’s now or never.” Tell me about that aha moment for you.

🚀 The aha moment led to the idea of switching and it started to germinate in my mind for at least another year or so until it finally happened.

I was at the agency with my art director and we were working on a landing page that was due the next day. It was like 7 or 8 o’clock and I remember it being dark outside. I remember it being a Thursday night, which is typically a drinking night with friends or coworkers. I was thinking, I should be at the bar, but if I had to be here at work, I’d rather be doing what he’s doing.
‍

So I thought, if I’m going to work my ass off, and be really passionate about something, it should be something that I really enjoyed doing… and I knew at that time.

Afterward, I started working with a developer friend and we started doing websites for friends and their side businesses. I’ll be candid, I got laid off from one job that I was about to quit. If anything, I was thankful for that happening because it was the final nudge. I spoke with a couple of friends who are developers and they were encouraging me to learn on my own. Don’t worry about taking another four years of school to learn — you can do it on your own.

So I took their advice. I gave it a shot. It took longer than expected, but in the end, it worked out. Over the past six years, I would say, more often than not, I wake up in the morning, being very excited about designing that day.

🦊 What kind of impact do you hope to make in the world, using your design skills as the tool? What problems do you solve and what impact do you want to see?

🚀 That’s something I constantly think about, both in my career as well as outside of my main career. Not sky-high, “change the world” stuff because that’s really difficult. I think of it more like a daily improvement.

When it comes to design and impact right now, I’m working in sports — sports media and sports betting — so how do I continue to improve on that experience as a sports fan? Sport is highly emotional. People get really, really invested in things like basketball, football, or soccer. So how do I continue to push, iterate, and progress towards a more friendly, inviting, and positive future? That’s what I do in my day to day.

I think just in terms of design as a whole, I would definitely love to be involved in something relating to my passion for mapping and city building. How do we improve life when it comes to mobility within the city? I think that’s something that I’d be really interested in. I want to see how I can leverage my product design skills to help better that.

There are different groups around the city. I’m hoping that once it’s safe for everybody to be together again here, I can begin to participate in those. I would love to be more involved in mobility, transit, and mapping; helping our local transit make better progress amidst the red tape that they encounter.

🦊 That’s really awesome to hear about your wanting to tie your passion in with your design skills — using your experience to help out in the area you care about.

So, let’s go deeper. Tell me about a time that you didn’t know if you would make it as a designer, and on the other end of that, how did you overcome that feeling?

🚀 I had my doubts about being a designer when I was maybe three or four months into my job search looking for my first design job. I always knew I could go back to what I was doing before. Then I submitted a random application to a startup here in Toronto that I came across. I interviewed two days later, did a challenge for them, and got the offer a couple of days later. I got that offer on Thursday, signed it on Friday, and started on Monday. It was so fast.

But I think at that point before I got the offer, I was really close to throwing in the towel.
‍

I think I’m kind of like Sisyphus from Greek mythology. I was pushing the rock up the hill over and over. I had to just keep trying if it doesn’t work, and try it in different ways. I thought, keep working away at it — and with some luck, it worked out.

🦊 Thank you for your honesty. So I’m going to get a little bit into mentorship. Tell me, what kind of mentorship do you wish to provide and why?

🚀 What I would like to provide is kind of like a cross between mentorship and coaching. I had a discussion with a friend, who was a design manager, about the difference between being a manager in design versus being a principal designer.

Just because you’re an individual contributor doesn’t mean you don’t coach anybody. You’re still helping everybody improve their craft. And that’s a really important part of being a designer.
‍

So I think what I want to do as a mentor is kind of a combination of both. Mentoring the soft skill side — things like going about job search, how to target your job search, how you brand yourself, and so on. But at the same time, I want to help junior designers by coaching their foundational skills when it comes to design. This is something I see in a lot of newer designers — not having that training because being in a bootcamp may not give you the amount of time or experience on those.

You’re being taught a lot of the processes like the Discovery and the Define side of design. In terms of basic things like color theory, alignment, and typography are what I love to coach on. I want to get them to be a little bit more artsy and refined. It also depends on the companies they want to get into. If they’re looking to get into a product company, like Lyft or Airbnb, that is consumer-facing, the quality has to be top-notch. I want to help the group that wants to go in that direction, to make sure that they start off on the right foot.

🦊 So, if there’s one thing you could tell every single mentee that you’ve met in the past and will eventually meet in the future, what’s the one piece of advice you would give?

🚀 Find your niche/passion, and make that very, very clear.
‍

To add a little bit of context to that, the worst thing you can do, at least on your portfolio, is having an emoji and saying “Hi. You are whoever, and you’re a user experience designer passionate about user-centered thinking.” You may as well just say hi, and that’s it. That’s just my opinion. If you are not user-centered you shouldn’t be designing, period.

The recruiter or hiring manager looks at ten portfolios and they will all say the exact same thing. If one person says I can do all this, but I specialize in this one area or I’m passionate about a particular industry… that really stands out to an employer.

So say you’re passionate about media for example, and you’re applying to New York Times or whatever. They now know, oh hey, look at this person — not only are they a good designer, but they also really care about what we’re doing. They’re much more interested in someone who gives a sh*t about what we do. That goes a long way.

👉 You can book time with him here!👈

Feel free to bring questions on Career Advice, Interview Techniques, and your portfolio.

His interests also include: Health & Wellness, #MentorForIndia, and Entertainment

His industries are: Media & Journalism and Arts & Entertainment‍ 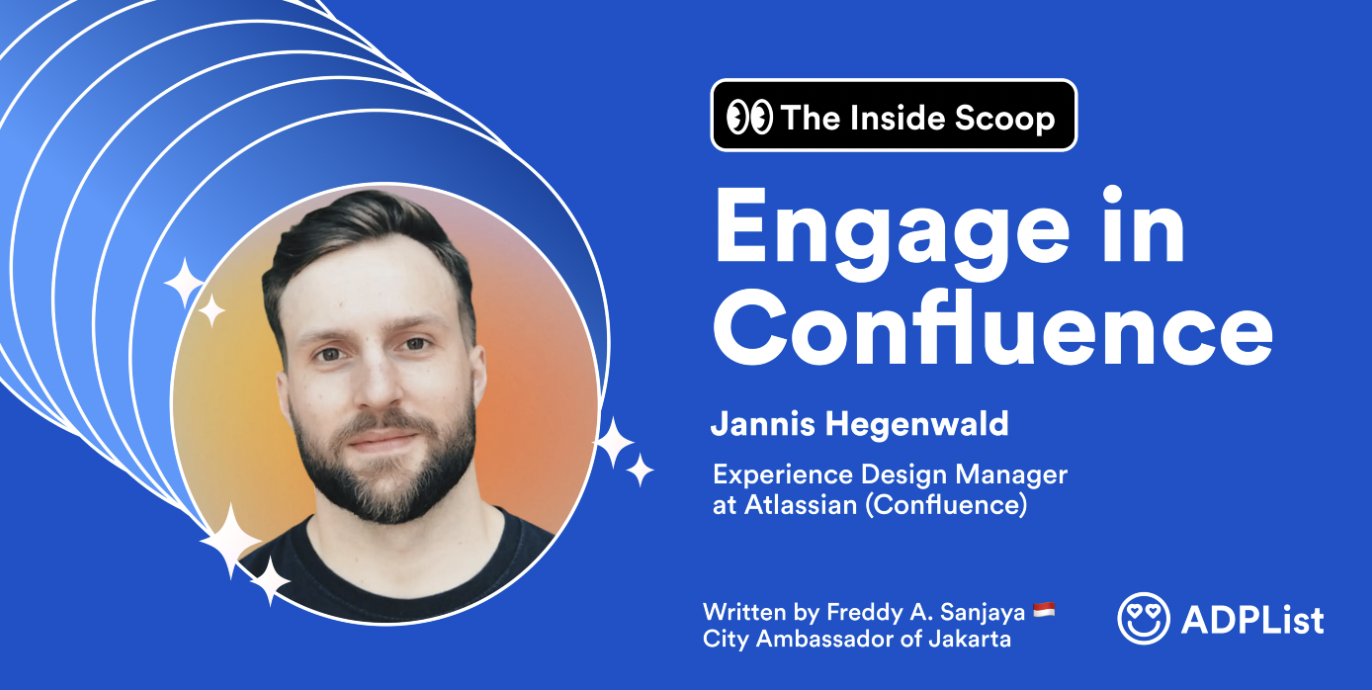 Let's get to know our mentor Jannis Hegenwald, a Design Manager at Atlassian. 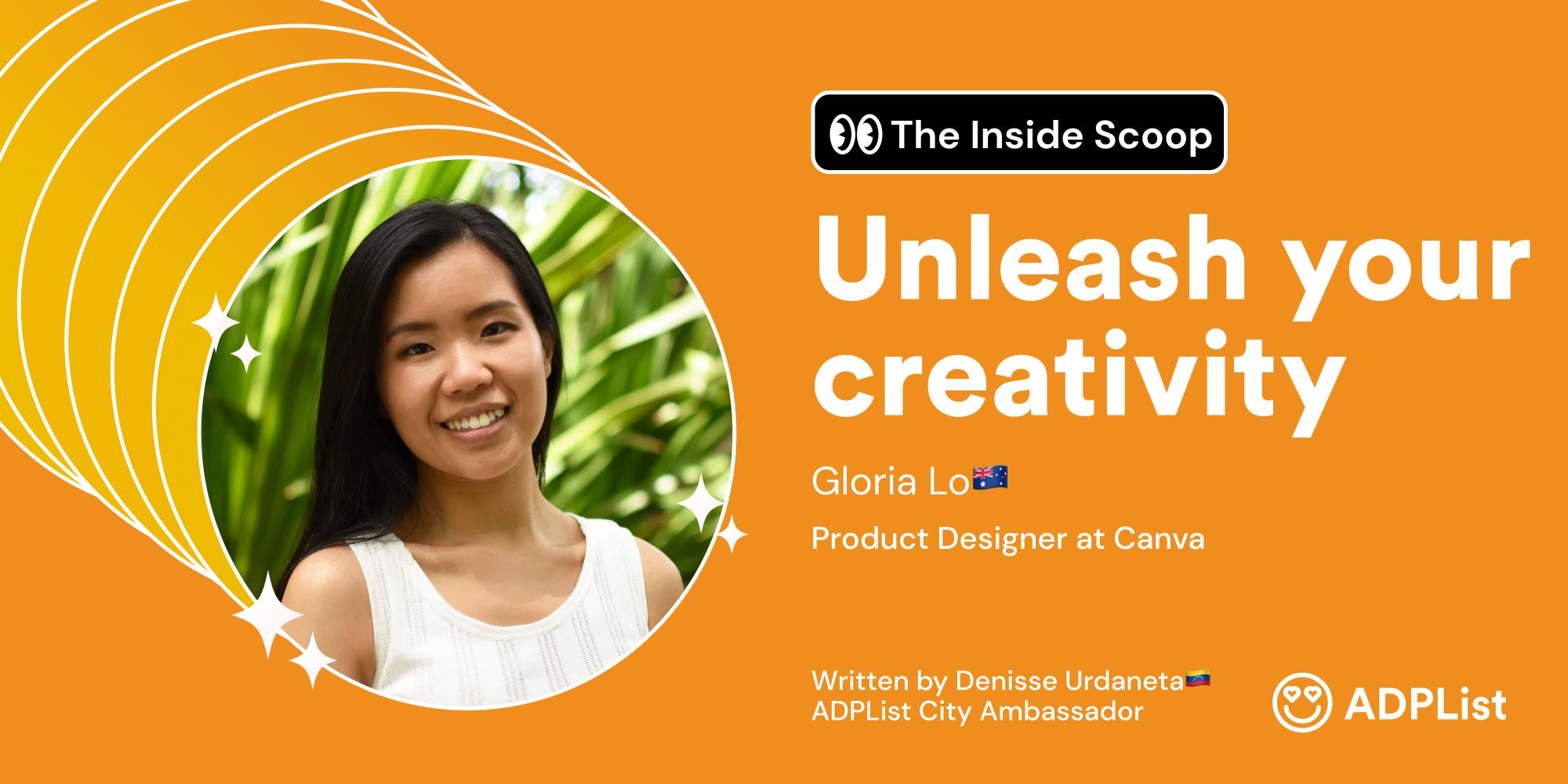 🍨 The Inside Scoop-Gloria Lo 🇦🇺

Get to know our mentor-Gloria Lo, a Product Designer at Canva.