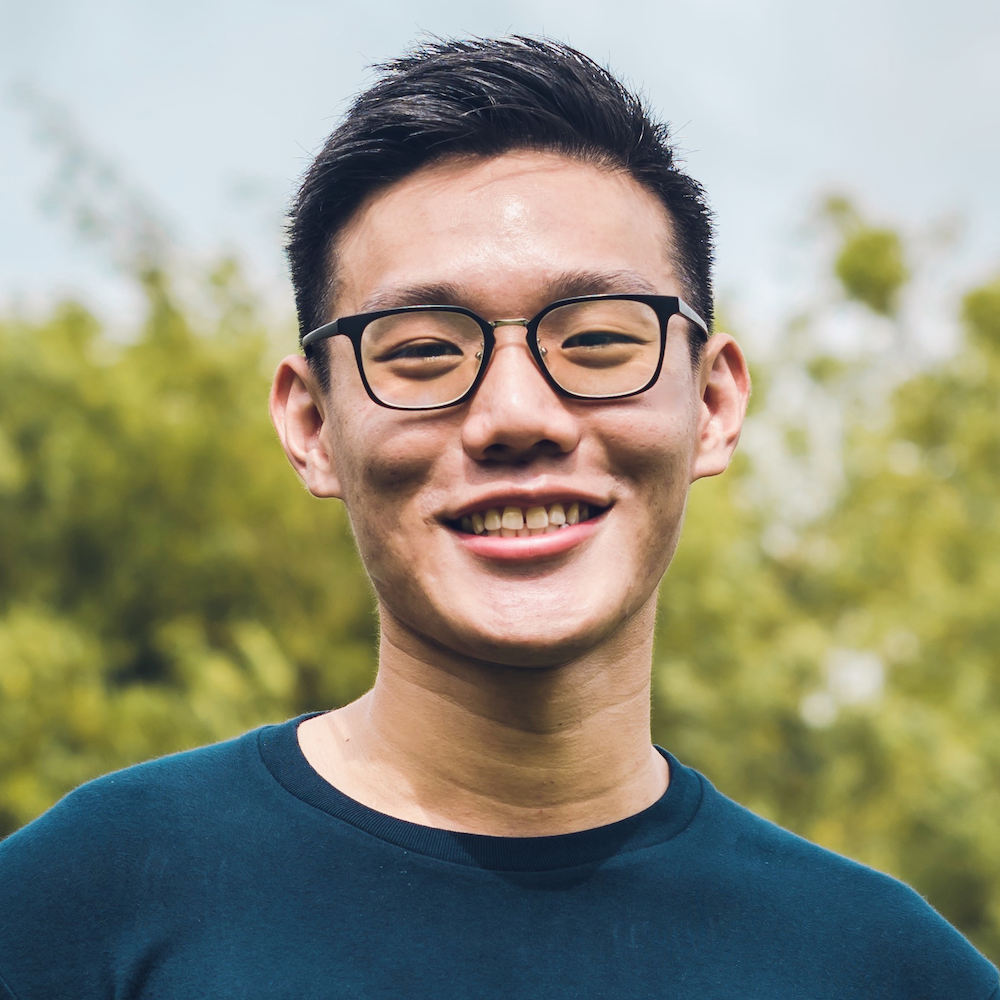 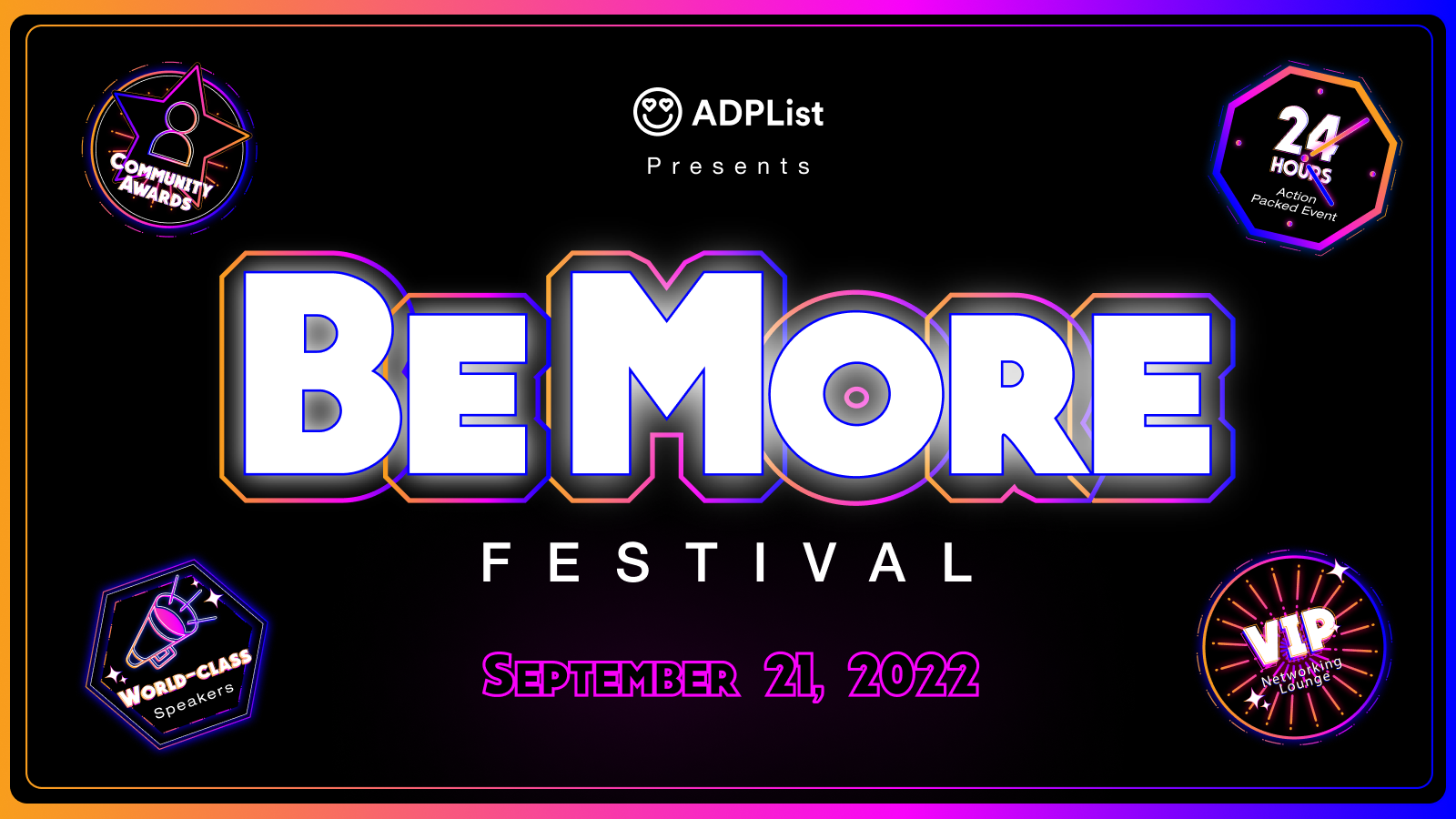 After three exciting months of keeping things behind the scenes, we are excited to bring you the announcement you've been patiently waiting for. Introducing the official announcement for BeMore Festival 2022 #BeMore2022!

BeMore Festival 2022 - What to expect

BeMore Festival2022 is the world’s FIRST mentorship-led superconference; a first-of-its-kind, 24 hours online event filled with 100+ iconic leaders from all around the planet all in design, product and careers. Attendees will get to enjoy:

The goal of #BeMore2022 is to provide access, deliver exclusive experiences, and build even stronger connections within the ADPList community! Providing an unreal access like never before to knowledge from every part of the industry. BeMore Festival 2022 is inspired by favorite events we've hosted and seen with our team, including conferences, music festivals, closed-door offsite events, and not least of all, summer camp activities.

BeMore Festival is an exclusive event created ADPList community and beyond. There are only 5,000 free tickets available. We are proudly sponsored by Slack, Webflow and Airmeet. You can register here: https://bit.ly/bemorefestival2022

Where is BeMore Festival 2022 Being Held?‍

BeMore Festival2022 is being held virtually this year.

What topics will be covered at BeMore Festival?

BeMore Festival will be all things design, product, growth, community, and careers.

Who are the speakers at BeMore Festival?
The full line up of speakers will be announced as we countdown towards BeMore! Stay tuned to our page to get the latest updates.

How many days is BeMore Festival?

It is 24 hours non-stop learning and actions.

The inspiration for BeMore Festival was born out of the idea that we can Be More of who we all aspire t be! We’re so excited to see that community in action! 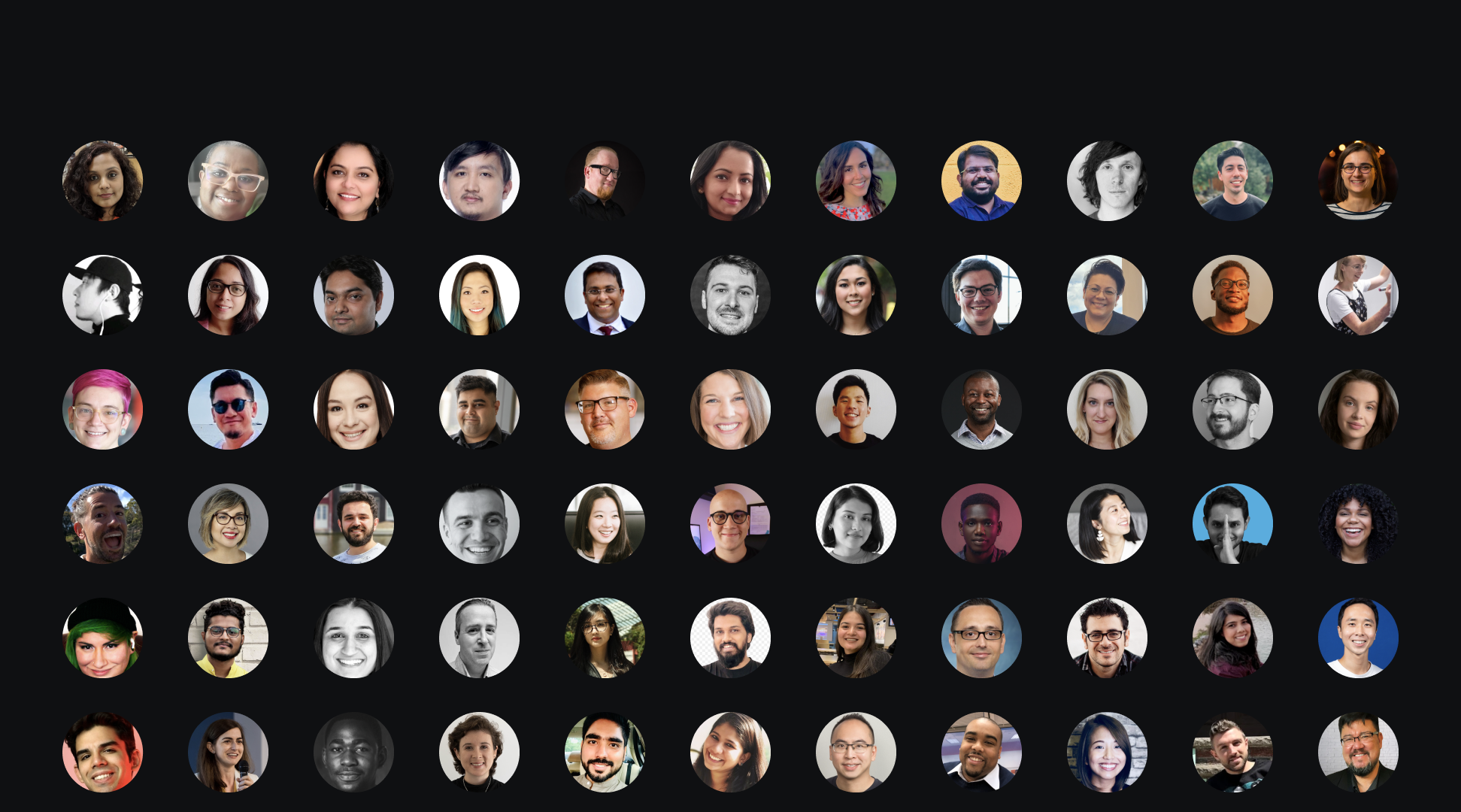 With a new way designed around ADPList to mentor and learn, anywhere. The biggest change since founding in 2020. 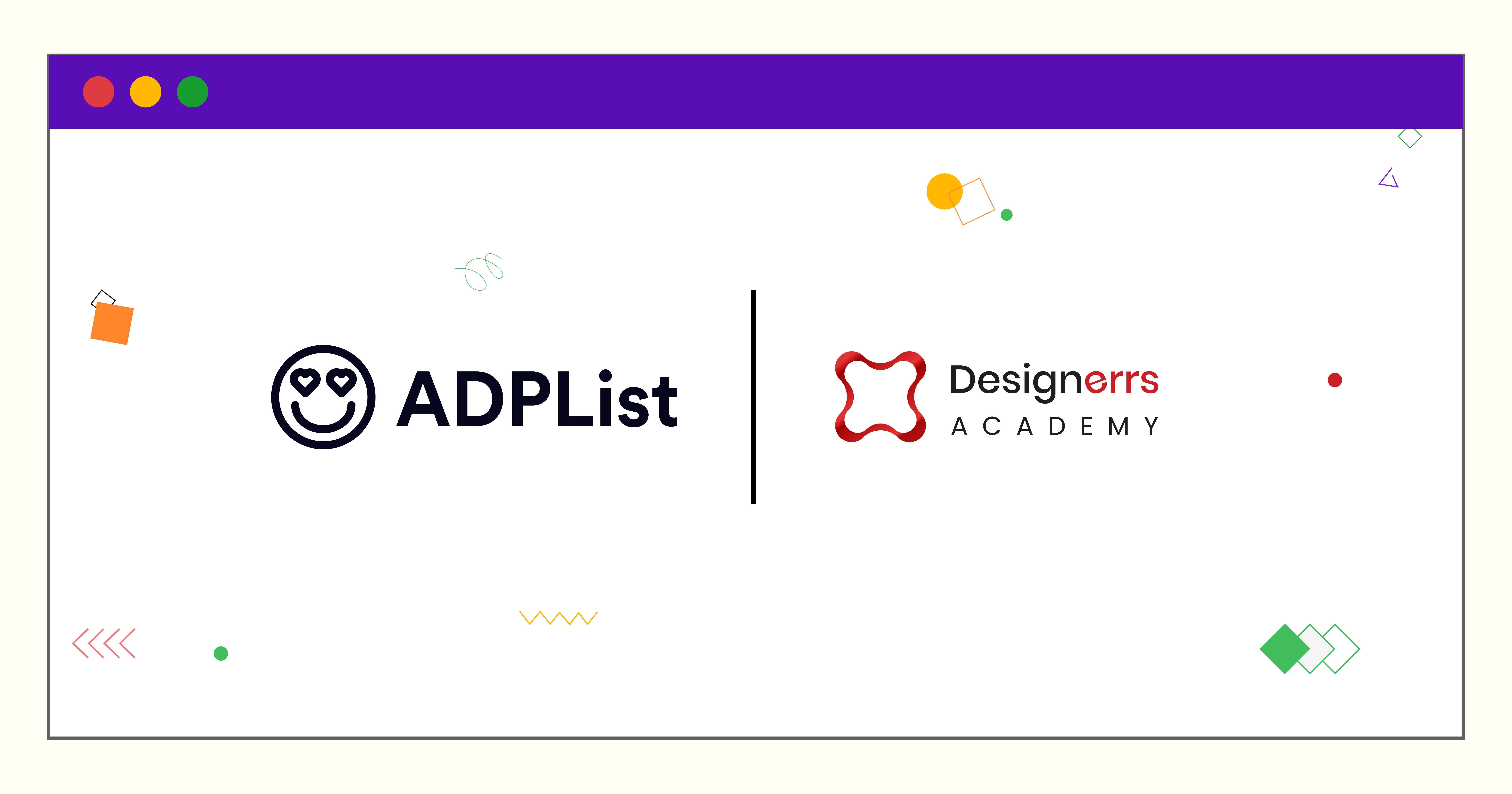